Pain in the bum? 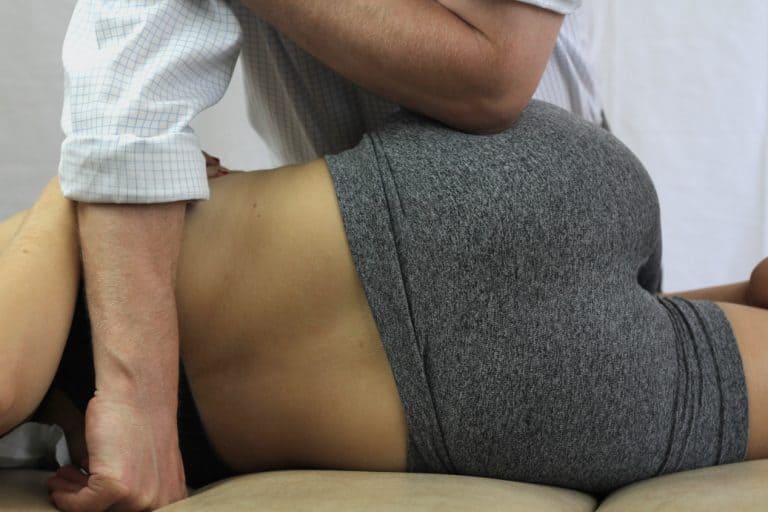 The athlete contacted us complaining of a recurrent neural / lower back tightness / piriformis (deep glute) tightness.

After periods cycling/sitting they started to become aware of tightness down the left leg, the top of the hamstring, and ‘some sort’ of sensation into the calf.

There were none of the typical low back symptoms of pain, stiffness or pins and needles or any red flags.

The issues were eased with a tennis ball into buttocks and high hamstring area, but only temporarily.

On the video assessment the athlete was asked to stand, back to the camera, and to move the spine. By observation, and the instructed positioning of the hands of the athletes partner, we could easily see that the lower back was restricted to left side bend, with discomfort through lower left back and some referral of symptom into the top of the hamstring.

When bending right there was clearly a lot of tightness through the left side of the back.

Combined extension & left side flexion produced discomfort in the lower back.

Testing of the sacro-iliac joint in both standing and lying with leg length and squish test (all by the partner and observed by video) showed notable differences left to right.

When we added in a tibial nerve bias, the symptoms were much more intense through hamstring/calf on the left than the right.

Piriformis stretch on the left was very much tighter and painful.

Palpation, conducted under instruction by the patient’s partner, revealed that the left side of the lower back was comparatively tense. The left hip flexor was tighter than the right.

With palpation by the athlete with a ball into piriformis and top of the hamstring it was felt this muscle and area was much tighter than the right.

Hamstring muscle tests showed no pain on long lever bridge or on resisted knee flexion/hip extension by the partner.

The diagnosis was of a sacro-iliac joint dysfunction, causing tightness in the piriformis and some lumbar spine issues and this was irritating the sciatic nerve and causing the pain in the buttock and hamstring.

We showed this to the patient via 3D anatomy visualisation software and described the mechanism and causes.

These treatments were recorded by the patient on their compute via the zoom app for future reference. Stills and video of the exercises were sent via Zoom and One drive to the patient.

We followed up a week later and found that the patient had been able to run tightness free after 3 days of the intervention by the partner, the first time for 3 months.

We discussed the reasons behind the onset of this being due to poor control in the pelvis and hips on down hill running and over the course of the next month we worked to correct the dynamic control via drills and exercises.

Comment via email from the patient. ‘Those exercises are amazing! I was a little sceptical as to how a zoom consultation would work but the result has been incredible! I started the exercises that day and by day three the pain in my leg was greatly reduced.‘ 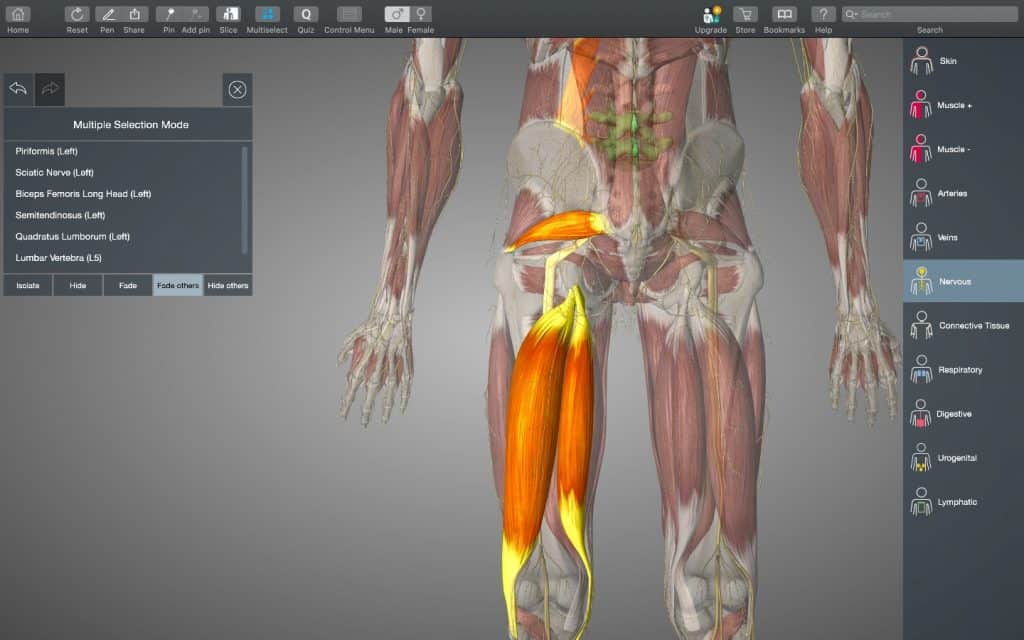